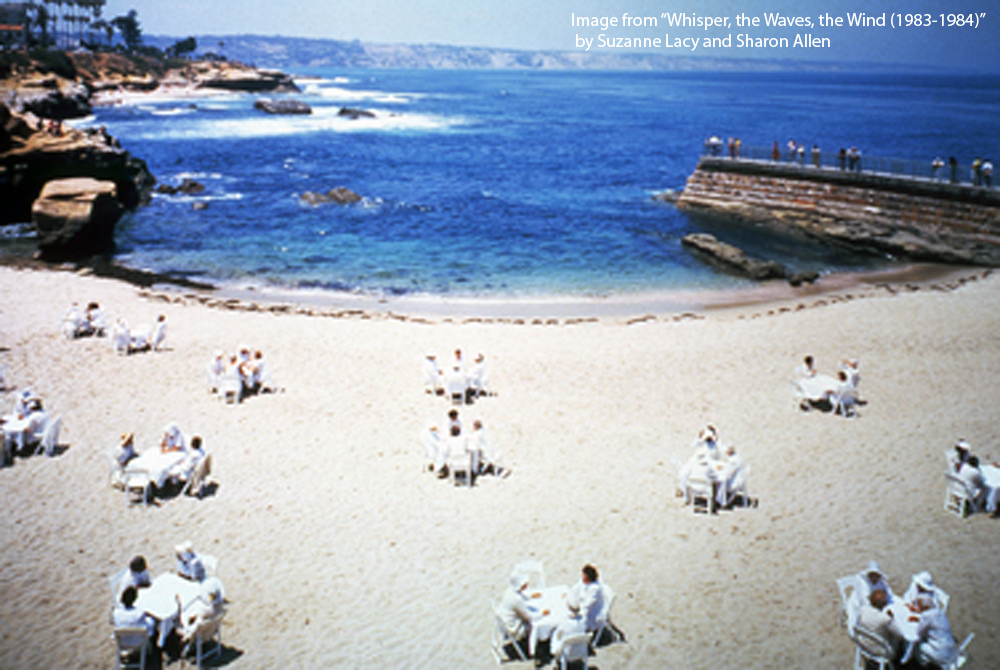 Arts & Minds teamed up with Leeds City Art Gallery recently for an event at Leeds Industrial Museum at Armley Mills. Here’s a short piece by Morticia describing what happened:

Armley Mills played host to the Spring Event which started with coffee and biscuits before we went to one of the gems in the museum – the little 26 seat cinema to watch a film made by Suzanne Lacey in 1984 called Whisper The Waves, The Wind. Once the film was finished we headed back to the training room for more coffee and biscuits, chatting and the opportunity to learn some basic macrame.

It was really good to see familiar faces, catch up and the film was thought provoking and inspirational. It’s a film which tells the story of a performance art piece which was made up of older women gathering at the seaside to talk about their life experiences. It’s part of the Leeds Art Gallery Collection and was being shown as part of their outreach programme whilst the Art Gallery is closed. Can’t wait for the Gallery to reopen in the Autumn – am missing my restorative fix of Victorian narrative paintings. We were asked what we thought of the film and if we had any ideas for making the gallery and its collections more accessible.

There was also the opportunity to learn some basic macrame and make pieces that will be part of hanging in the gallery when it reopens. I loved it – partly for its kitschy 70’s connotations but also because the jersey yarn we were using to make the knots with felt so lovely in my hands. I found it really therapeutic and it reminded me how vital making and doing is for my mental wellbeing and how much I’d missed it as I’ve been concentrating on non making and doing recently.

Looking forward to the next meeting – wonder who I’ll see and what I’ll learn there.

Arts & Minds members were encourage to write about their views of the film. Here’s a couple of poems that were composed on the day:

When they start the endeavour.

We can make plans.

We can make things better.

Our age is our success,

We’ve had a lot of practice in living.

Been towers of strength.

feet sinking down into sand

gulls calling all around

about elders and oracles

inherent perspectives on being people ignored

and issues of suffering

from rich to poor and black to white

sense all are different

yet all the same as well

with a real uniformity

look at these here with drawl inspiring voices

be inspired and be transported to a beach in California.

If you want to hear what other participants thought, have a listen to this audio montage, courtesy of Leeds City Art Gallery…